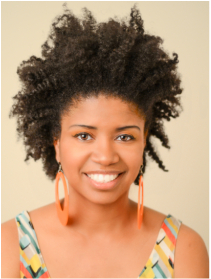 Indi was on her way to becoming a Psychologist, when she realized that she would be better suited for a career in the entertainment industry.  Since that time, she has attained over 10 years of experience working within the entertainment community.  Her first experience was with an entertainment management company, followed by Gibson Guitar Corporation, and now as Co-Founder of Famous on Purpose, LLC, a company that creates and produces music, films, and books. In addition to being a Filmmaker, she is also a Singer/Songwriter, and released a CD entitled, “Society’s View” in 2010. India holds a Bachelor of Arts degree in Psychology from Hampton University.  She also holds Master's degrees from Fisk University, Middle Tennessee State University (MTSU), a Master of Science in Entertainment Business from Full Sail University and is currently a Ph.D candidate in Organizational Leadership, focusing on the entertainment industry.   Indi is also the CEO, and Creator of Dance Towards Health, Inc. 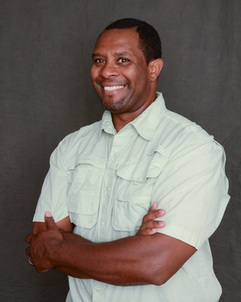 The Award-Winning Writer/Producer/Director, grew up in Chicago going to the movies watching kung fu, comedy, and action/drama movies.  A very imaginative child while growing up, Deri became suspicious on how films were made, he lacked real interest until he was invited to a set of a independent film in 1999, thus causing him to write his first film, TOOT’S AND BLOW’S© in 2001.  After digitally filming it in 2003, it was distributed (York Entertainment) on DVD in 2006, being renamed WELCOME TO THE SOUTHSIDE.  In 2006, he did his second film, a comedy, THE PARTY LINE© and in 2007 he wrote, directed, and produced his third film LOVE BONES©, which is distributed by Indieflix.com.  His most recent project, a six vignette of visual-sonnets called THINGS FALL APART©, has been received very well, although this was his first time getting behind a camera.  With his affinity for love and tragedy in films like the exalted and revered Cooley High and the blue and courageous Mo’ Betta Blues, he extracts from the diverse and wonderful city of Chicago and presents it through the gritty kaleidoscope of people and places he has lived amongst.   His current project, FINDING FOREVER IN LOVE©, has most recently been distributed by the Urban Movie Channel He holds a Bachelor of Arts degree in Liberal Arts from Chicago State University, and a Master of Fine Arts degree in Creative Writing from Full Sail University.
Powered by

Create your own unique website with customizable templates.
©2019 Famous on Purpose, LLC. All Rights Reserved.